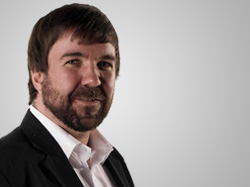 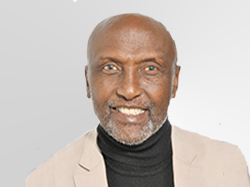 Professor Ghedi is a Dean of Economics at several universities in Somalia and Europe (Sweden and Italy). As economist at the Somalia Ministry of Finance in Mogadishu, he participates in several international development cooperation projects with the EU, World Bank and IMF. He has years of experience in international development and environmental governance with UN agencies and other higher education institutions. 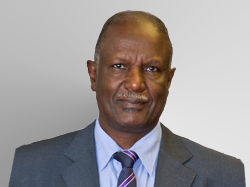 Dr Abdul-Karim Gibril Elgoni has more than fifteen years’ experience in the private and public sector, working in health project development, implementation and management focusing on monitoring, evaluation and support. He has worked with various stakeholders in the SADC region and UN agencies and NGOs and established the Elgoni Charitable Organisation in Western Sudan in 2002. 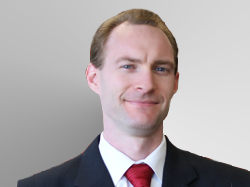 Prof Adam Choppin is an analyst of international (non-US) investment strategies at FIS Group, where he is the primary lead for emerging and frontier markets. In 2008, he founded Fronteira Global, focused on opportunities in Africa, the Middle East and South America. He has worked as a trade affairs liaison in Iraq, Afghanistan, Cape Verde, Sierra Leone, Ghana, and Mozambique. 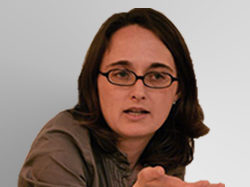 Dr. Annamarie Bindenagel Šehović has been a senior consultant with IOA since 2010. She is currently also a Research Fellow at PAIS at the University of Warwick and Associate Fellow at the Potsdam Center for Policy and Management (PCPM). Her research and expertise focus on human security and global insecurities, with particular emphases on health security, non-citizen rights, and security in Africa. Dr. Šehović was previously lecturer in international relations at the University of Erfurt, Germany, and at the Willy-Brandt-School of Public Policy. 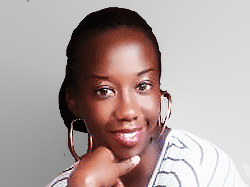 Catherine holds a Master’s degree in Conflict, Management and Transformation. During her IOA internship in 2012, she published several papers pertaining to key issues concerning gender, conflict and terrorism on the African continent. Catherine’s research interests include masculinity and sexual violence, the cycle of violence during armed conflicts, post-conflict reconstruction, and humanitarianism, which stems from her passion for volunteering. 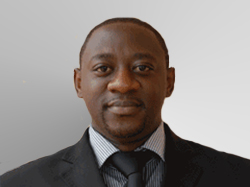 Chofor Che Christian Aimé is a civil servant and co-founder of the Central African Centre for Libertarian Thought and Action. He has published on constitutionalism and was a panelist at the World Summit of Local and Regional Leaders, Morocco.Chofor has worked with the Washington D.C-based Cato Institute, the State Chancellery of Bern, Switzerland and International IDEA, Netherlands. 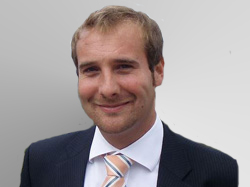 Christophe Bezou was a trade diplomat at the French Embassy’s Economic and Trade Department in South Africa for 7 years. His missions included conducting customised market studies on several industry sectors, analysing business opportunities and prospecting on commercial partnerships. Since leaving the French Embassy, he has been consulting independently to companies on international trade related topics, specifically focused on the African region. 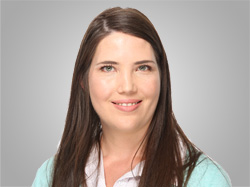 Claire Furphy has been a researcher and writer at IOA since 2010. In addition to working on IOA research projects, she has also been involved in content management and web survey creation and overseen the production of numerous analytical papers and a monthly conflict-focused report. Having mentored scores of IOA student interns, Claire is deeply involved in The ALofT Project, one of the company’s many youth development initiatives. She holds an MA degree in Psychology from Stellenbosch University. 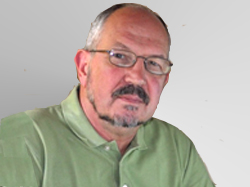 Coen van Wyk draws on extensive experience of Africa as a diplomat and traveller of over more than three decades. He is a freelance consultant and writer, based in South Africa and specialising in governance, conflict and development. He has written for IOA’s ACM report, amongst other publications. Coen has lectured for peacekeeping training programs at SADC military colleges. 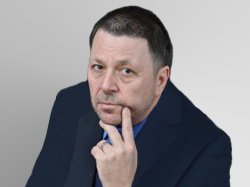 Dan Kaiser is a business development professional with international experience covering a wide range of markets and industries. He routinely manages relationships with key stakeholders, customers and contractors to ensure delivery of services in West Africa. He has worked extensively in development of trade, business and humanitarian missions between the United States and Iraq, where he maintains relations with business leaders and the regional government in Irbil. 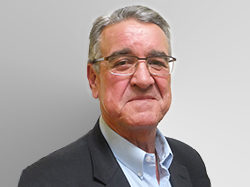 Deon Vos started his career in pharmaceutical sales in 1973. His South African experience in pharmaceuticals and chemicals is wide ranging encompassing sales, marketing and senior management positions across the globe, with companies such as Merck and EMD Chemicals. He returned to South Africa in 2011 and over the next several years he gained extensive experience across Africa, specifically in the field of Supply Chain implementation and Route to Market strategies for major global Pharma companies. 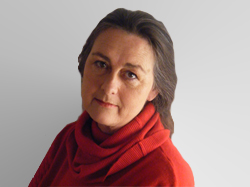 Dominique Gilbert has been involved with IOA since July 2011, primarily as an independent senior analyst for an ongoing project focusing on nuclear counter-proliferation. Dominique is a world class researcher and political analyst/consultant, whose background in South Africa’s main media groups in the 80s and 90s includes Chief Reporter of Business Day and Southern African Foreign Correspondent of Agence France-Presse. 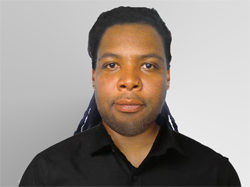 Eric Rantisi is IOA’s dedicated web developer and also works as a freelance consultant. He has been involved in the production, modification, and maintenance of IOA’s website since 2016. Eric has worked on a variety of web development, web design and print design projects over the past several years and holds a B-Tech degree in Fine and Applied Arts from Tshwane University of Technology in Pretoria, South Africa. 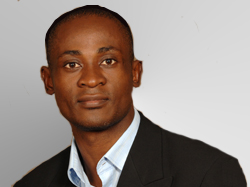 Dr Fritz Nganje is currently a postdoctoral research fellow with the South African Research Chair in African Diplomacy and Foreign Policy at the University of Johannesburg. Prior to this he was a researcher in the Africa Programme of the Pretoria-based Institute for Global Dialogue. His research interest is in the areas of the diplomacy of subnational governments, decentralised cooperation, South Africa’s foreign policy and diplomacy in Africa, peace building in Africa, and South-South cooperation. 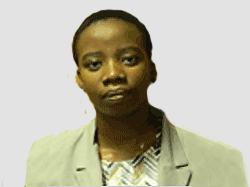 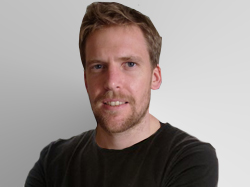 Graham Lee is the director of an East Africa-based research and advisory organisation, Agathon International. Prior to establishing Agathon in 2012, Graham worked, wrote and researched extensively on the relationship between international actors and developing-world communities in Europe, Africa and Asia. Graham has extensive project management experienceand expertise in coordinating qualitative and quantitative research, analysis and report-writing. 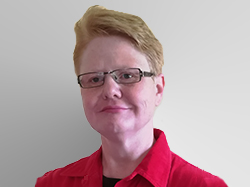 Jacqueléne Coetzer is a Senior Analyst with IOA and a former diplomat with extensive experience in Africa, particularly North Africa. She is experienced in international trade and development, as well as in energy and regulation. Based in Pretoria, Jacquelene is a consultant, researcher and writer, and has done extensive research in international relations; the political and international relations aspects of IT/Technology; energy; trade, investment and development; water and environmental issues; as well as personal finance. Jacquelene is passionate about the continent, its people, history and the potential for development. 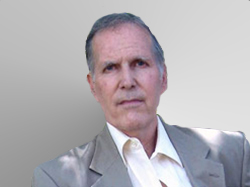 James Hall is a Senior Analyst at In On Africa (IOA) and a critically acclaimed author, columnist and filmmaker. James has been with IOA since 2012 and has contributed to a wide range of research consulting assignments for public and private clients across the African continent. He is also the lead analyst for IOA’s Africa County Benchmark Report (ACBR), which comprehensively assesses all 54 African states on business, economic, political and social development performance. Described by TIME magazine as a "Chicago-born Swazi" and by Reuters as "a seasoned African observer," Hall has garnered numerous research, journalism, filmmaking and photography awards. 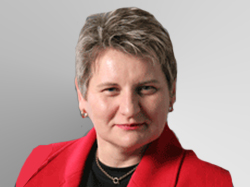 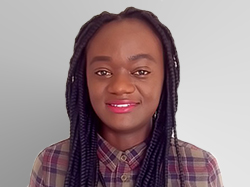 Judith Mondo is a Research Analyst at IOA and holds a Master’s degree in Research Psychology. She has extensive experience in academic, social and market-related fields. In addition to her involvement in the execution of research projects at IOA, Judith plays a central role in the management of the IOA internship programme. She is also actively involved in youth development and leadership initiatives in South Africa at large, through her involvement in the Golden Key and Enactus mentoring programmes as well as other 'for-youth' non-profit education initiatives. 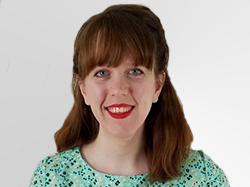 Laura Clarke has been involved with IOA as a writer and researcher since 2012. She is a consultant and academic whose work focuses on international criminal law and transitional justice. Laura holds an MA International Relations from the University of St. Andrews and an MSc Human Rights from the London School of Economics. She is currently involved in consulting projects with IOA and the development and implementation of the company’s African Leaders of Tomorrow (ALofT) Project. 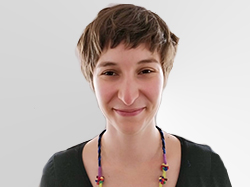 Dr Mary Carman has been involved with IOA as a consultant since 2017, providing qualitative analysis, research and writing for a variety of the firm’s projects, ranging from health to education. A lecturer in Philosophy at the University of the Witwatersrand, Mary has several years’ experience in the higher education sector where she has researched issues within the field of bioethics, amongst other topics, and has conducted research, writing and analysis outside of academia for both for-profit and non-profit organisations. 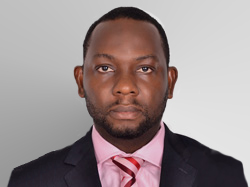 Maxwell Ojelede has more than a decade of experience in investment banking, research, consulting, credit and corporate governance ratings, PR, media, oil & gas and FMCG. He is Principal Partner at Oldstone&Green and a partner at En-pact Solutions Limited. Maxwell is a country economist for Euromoney Country Risk (ECR) and In-Country Analyst for Euromonitor International London. 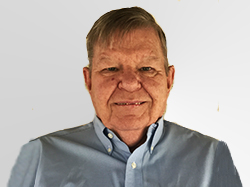 Neil Smith has worked as a telecommunications expert on IOA projects and has over 35 years’ experience in the research, analysis and forecasting in the African and Middle Eastern telecommunications markets. Neil has a BSc (Chem) from the University of Cape Town, a MBL from the UNISA School of Business Leadership and is currently finalising his Doctorate in predicting the adoption of mobile data services. Neil has worked in over 20 different countries in the MEA region in Strategy, Management, Business Consultancy and Technical roles with Fixed and Mobile Telecommunications Operators as well as ISP’s, OTT Players and Regulatory Bodies. 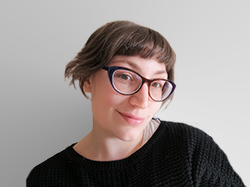 Nicola Coundourakis has extensive experience in research and strategy, and is a senior consultant at IOA. Nicola is particularly passionate about community economics, equality and human rights and the role of the public, private and non-profit sectors in creating a sustainable future for all. Her main areas of research include: socio-economics, education and labour. With roots in critical discourse analysis, Nicola has specialised in public and development management. She is currently undertaking a Master's in the field of Data, Economics and Development Policy. 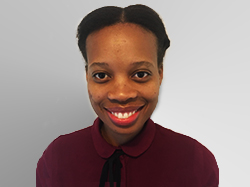 Nobuhle Hlangoti is a Research Analyst at IOA and holds a Master of Arts in Industrial Sociology from the University of the Witwatersrand. She has experience in qualitative and quantitative research and has been involved in a wide array of multi-country research projects at IOA. Her core research interests are in development, industrial relations and policy. Nobuhle is currently working on IOA consulting projects as well as internal initiatives such as Voices Unite. 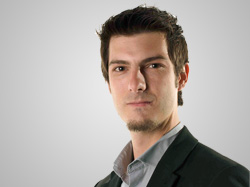 Ogi Williams, Associate Director at IOA, is a researcher and analyst with market research experience covering most of the continent. He has worked on a large number of projects at the firm involving multiple markets and across various sectors, including, among others, banking, education, energy, infrastructure, law, mining and transport. He has extensive experience in conducting both primary and secondary research and analysis, and has managed large teams in various multi-country research projects. Ogi holds a Bachelors in Psychology and Masters in International Studies. He is passionate about Africa and the developments that drive growth on the continent. 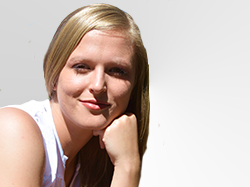 Robyn Anakin Veary is a contributing editor, copy-editor and proofreader at IOA, and has been involved in a wide array of projects with the firm. These range from monthly and yearly publications to small- and large-scale research reports and articles. Robyn has been professionally editing texts since 2015, with her main areas of expertise being academic, corporate, and fiction writing. She holds a BA in English from UCT, with a number of certifications on such skills as transcription and editorial grammar from language institutions around South Africa. 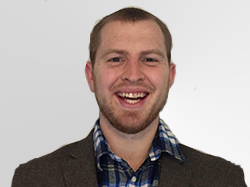 Thomas Fraser joined IOA in 2016 and is currently serving as a Research Analyst and an adjunct to the Senior Management Team. Holding a BA in Sociology and International Relations, he is currently completing postgraduate studies in Development Sociology at the University of Witwatersrand. In addition to his involvement with IOA, he has also garnered extensive cross-sectoral experience as a Community Activist, Freelance Researcher, Project Administrator and Network Coordinator at local, national and international scales.

IOA has on-the-ground consultant presence in more than 30 African countries, as well as strategic partnerships across the continent. We’ve conducted research in and on all 54 countries.