Analysis in brief: The global pandemic COVID-19 has already hit Africa’s economies hard. Mobile money and other on-line financial solutions that have taken root in recent years are providing valuable financial services and are keeping economies functioning. Having proved their essentialness during this crisis, e-commerce and digital networks can expect investment from governments and the international private sector, as well as further consumer growth in the coming years.

The medical crisis presented by the Coronavirus pandemic is unprecedented for Africa. The recurring Ebola outbreaks were restricted to particular countries and at worse were sub-regional in scope. But COVID-19 is continental, indeed global in its reach. The crisis has struck the economies of every African nation hard, as well as Africa’s trading partners abroad. The closest comparison to social and economic disruption from a medical crisis would be HIV/AIDS, which has also impacted all African economies. However, the sexually-transmitted disease is far harder to transmit than COVID-19, and its spread was measured in years, not in days.

END_OF_DOCUMENT_TOKEN_TO_BE_REPLACED 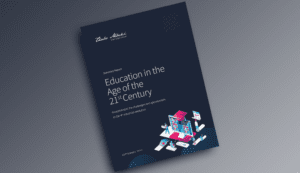 END_OF_DOCUMENT_TOKEN_TO_BE_REPLACED

During an event held by the Thabo Mbeki Foundation (TMF) in 2018 in partnership with Heavy Chef, former President Mbeki stressed the importance of the Fourth Industrial Revolution (4IR) for the African context, and expressed concern about whether South Africans in general, and educators in particular, are adequately prepared to respond to the challenges of the 4IR. In response to Mbeki’s call, the TMF formed a multi-stakeholder Working Group (WG) comprising of academics, educators, policymakers, civil society and thought-leaders to tackle the complex question of what practical steps South Africa, and Africa in general, needs to take to build a foundation for a successful transition into the 4IR.

The TMF contracted In On Africa to lead the comprehensive research assessment and analytical work of the WG, and provide support throughout the project on the planning, managing, implementing, assessing and reporting. Through extensive consultation with the WG, experts in the education space, and a wide range of sources, it has become clear that South Africa (as well as other African countries) is not currently equipped to join the 4IR. This is for a number of reasons, including a lack of basic and technical infrastructure, poorly trained teachers, curricula that are no longer relevant, and education stakeholders not collaborating effectively.

Analysis in brief: African nations are being wooed by the world’s major powers as alliance partners. Trade is the calling card, but make no mistake, the mission of Britain, China, the EU, Russia and the US is to line up allies to their own advantage.

Africa continues to be touted for its economic promise for tomorrow and yet has commodities, products and markets that foreign powers desire today. Indeed, due to Africa’s population growth, by 2050 a quarter of the world’s consumers will be African. However, much as with the case of commodities, investors want profits today. The combined economic output of all African countries is less than Italy’s, however, Africa has more than fifty times the diplomatic clout than Italy: 54 United Nations votes against Italy’s one. In the guise of increasing trade, foreign powers are seeking alliances for diplomatic advantage, or in the case of the US, to get African cooperation on security issues.

END_OF_DOCUMENT_TOKEN_TO_BE_REPLACED

Analysis in brief: The ability of African countries to deliver competent social services to their populations is incrementally improving but has far to go against a background of widespread poverty, poor education and food insecurity.

The measures of Africa’s societal progress are on a gradual upward trend. While this trend is encouraging, much remains to be accomplished to ensure that all of Africa’s people acquire optimal education, food security, healthcare and other necessities of life. The Society quadrant is one of the four quadrants in which African data is divided in the 2019 edition of the Africa Country Benchmark Report (ACBR). The other three quadrants – Business, Economics and Politics – are all components used to make societies better; influencing standards of living, personal health, education and overall social welfare. How business communities, domestic economies and national governments are performing in their roles are ultimately assessed in how well citizens live.

END_OF_DOCUMENT_TOKEN_TO_BE_REPLACED

Analysis in brief: While Africa’s Politics scores are generally low, the African people themselves, along with human rights activists and political reformers, have worked to make Freedom the highest-scoring segment in the 2019 Africa Country Benchmark Report.

Of the five Politics quadrant segments surveyed in the 2019 edition of the Africa Country Benchmark Report (ACBR) – Democracy, Freedom, Governance, Justice and Stability – Freedom scores the highest. Several major governance, human rights and political indicators were tabulated and analysed in the ACBR 2019 to determine how Africa was performing politically on a national, regional and continental level. The concept of freedom is both the foundation for modern society – the state exists to support individuals’ freedom of thought, speech, religion, ability to earn a livelihood, engage in a lifestyle of their choice and to be safe and secure – and the end-product of a successful political system.

END_OF_DOCUMENT_TOKEN_TO_BE_REPLACED

Leading research firm In On Africa (IOA) has launched a game-changing digital platform in response to the shift in awareness of the youth in South Africa and the need for these future leaders to become empowered to inform decision-making for a brighter future.

The ‘Voices Unite’ platform, which launched on the 10th of February, will bring together tens of thousands of youth aged 18-34 through a large-scale national research study focusing on a wide range of pertinent topics. These topics include the state of education, youth unemployment, the future of work, media and technology, infrastructure, healthcare and many others.

Voices Unite believes that a platform to unify and amplify the voices of the country’s youth – their views, ideas and dynamism – can inform true change in South Africa. Voices Unite aims to achieve the following core objectives:

Youth who participate on the platform stand the chance to win a wide range of prizes, ranging from small incentives like data, event tickets and gift vouchers to larger prizes like tech gadgets, bursaries, internship positions and R50,000 cash.

“IOA conceptualised Voices Unite in an effort to empower young people in South Africa, and ultimately across the African continent. Research that our firm has been doing for more than a decade has led us our belief that bringing youth and key stakeholders together – on a massive scale – to voice their ideas, perspectives and concerns, is essential to ensure effective decision-making.

Voices Unite aims not only to unify youth across South Africa, but to also bring relevant decision-makers to the same table, to collaborate in their efforts to address the various challenges that young people face. And for this collaboration to be guided by the views and insights of the youth, and for decisions to be made together with the youth – not on their behalf.”

For anyone interested in joining Voices Unite either as a youth participant (age range is 18-34) or a partner, more information is available at http://voicesunite.co.za.

Analysis in brief: The main objective of this paper is to investigate whether increasing access to microfinance institutions can help smallholder farmers in Africa achieve certain key development priorities. Based on a Zambian case study, the results of this analysis found that increasing access to microcredit helps foster improvements in both income and financial stability among smallholder farming households in Africa. However, the results show no evidence that increased access to microfinance helps to generate livelihood improvements. As such, this paper suggests that microfinance services in Africa could be much more effective in improving livelihoods if they started introducing more flexible programmes that are better suited to local needs.

END_OF_DOCUMENT_TOKEN_TO_BE_REPLACED

Analysis in brief: While doing better than other Business segments in the latest Africa Country Benchmark Report, as well as reflecting progress made away from command economies and state monopolies, Market Freedom has further to advance to properly drive economic change in Africa.

Led by the liberalisation of economies in North and Southern Africa, Market Freedom is the highest scoring segment continentally in the Business quadrant of the newly released Africa Country Benchmark Report (ACBR) for 2019. This is good news for African businesses, which contend with bureaucratic red tape and other state restrictions to their operations. Economically, Market Freedom lays the foundation for growth and is the enabler for the other four ACBR Business segments: Consumption, Labour, Production and Technology. However, the continent-wide score for Market Freedom acquired by averaging the five regional scores – Central, East, North, Southern and West Africa – whose scores are in turn averaged from their constituent countries’ scores, is a mediocre 51.34 points. If Market Freedom is the platform on which the business community of Africa rises, this is a shaky foundation. The good news is that African countries are beginning to recognise and embrace the need for deregulation and the facilitation of doing business. This is evidenced by widespread economic reforms and that no government is openly advocating Marxism like in years past.

END_OF_DOCUMENT_TOKEN_TO_BE_REPLACED

Analysis in brief: Britain’s departure from the European Union has meant African countries must re-negotiate UK trade agreements. This comes at a time when a continent possessed of growing prosperity and self-assertiveness is re-imaging trade as a means for development and not just profit.

African nations face negotiation of trade agreements with one of its oldest trading partners, Britain, as the latter leaves the European Union (EU) officially on 31 January 2020. In June 2016, a 52% majority of British voters chose to exit (or “Brexit”) the political and economic union of 28 member states. How Africa would benefit – having an additional trade partner or having a trade partner diminished as a market and as an economy – has been a matter of speculation among African economist during the subsequent years of Britain-EU negotiations. What is clear is that this opportunity allows for a new beginning with regards to Africa-British relations. In a 2018 visit to Cape Town, then British Prime Minister Theresa May rebooted relations from a focus on aid to an emphasis on trade and partnerships. But Africa is now also in a strong position to define relations. As Ghana President wrote to current British PM Boris Johnson at the latter’s election victory, “We have an opportunity, together, to renew and strengthen the relations between our two countries, focusing on enhancing trade and investment, and scaling up prosperity for our peoples.”