Analysis in Brief | Constitutional amendments to prolong the tenure in office of incumbent presidents pose challenges to democracy and constitutionalism in Africa. This phenomenon is poorly understood, and options for dealing with this occurrence are limited. 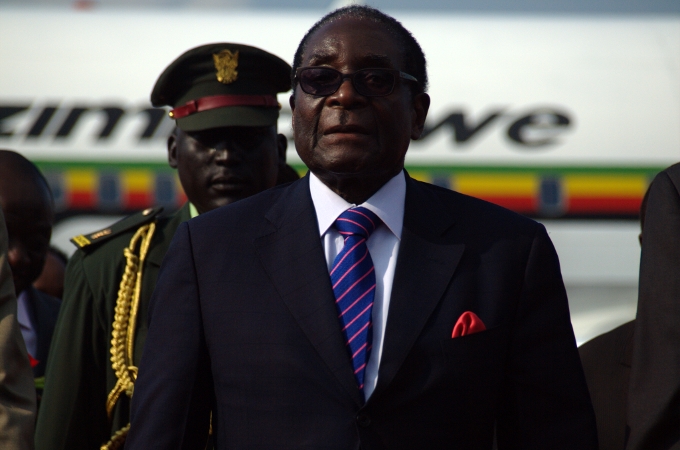 Profound uncertainty surrounds Zimbabwe, as President Robert Mugabe refuses to leave office despite vocal demands to do so by civil society and political parties (including his own), and the intervention of the military. Having held power for 37 years, Mugabe has been the central figure in his country’s political life. His interests and outlook have shaped the contours of politics in Zimbabwe, with some deeply damaging consequences for governance: corruption, the personalisation of power, the atrophy of institutions and political processes, and the growth of insidious patronage networks. A post-Mugabe Zimbabwe will have to reckon with the impact of these pathologies for years to come. This is a stark warning about the dangers of extended incumbency – something that is challenging democracy and constitutionalism throughout the continent.

Extending the incumbencies of sitting presidents beyond the limits set by their constitutions has come to be regarded as one of the greatest concerns for the future of democracy and constitutionalism in Africa. Since one recognisable form that this phenomenon takes is altering a constitution to remove limits on incumbency, typically set at two terms, this has come to be known as the ‘third-term debate’. In reality, ‘third term’ is often an understatement. From the most-notable Zimbabwe to Burundi and Rwanda, the list of countries in which this event has taken place or been ‘debated’ is long enough to suggest an emerging trend pushing against the progress that the continent has made in building a governance culture premised on the sovereignty of their citizens and the probity of their rulers. One analysis called the act of term extension a “constitutional coup.” Is this what this action signifies, and how can Africans respond?

The elections in Rwanda in August this year are emblematic of this issue. A 2015 constitutional amendment made Rwanda’s President Paul Kagame eligible to stand for the presidency, despite having already served two seven-year terms, which had initially been permitted by the 2003 constitution. He had exercised effective leadership over the country since the mid-1990s and formally assumed the presidency under transitional arrangements in 2000. Going forward, Kagame is permitted a third term – until 2024 – after which a new dispensation will limit incumbents to two five-year terms. This new system will not operate retrospectively, so Kagame will be entitled to seek election again. Consequently, the way is open for him to remain in office until 2034. Similar processes are underway in Uganda. Term limits were eliminated as the country transitioned to a multi-party system, and now, legislation is proliferating through Uganda’s parliament to abolish the age limit of 75 years of age for presidential candidates. This would allow the now 72-year-old President Yoweri Museveni – in power, effectively, since 1986 – to contest the next election in 2021.

Most commentary on this issue has revolved around the corrosive impact that such changes have on African democracy. Liesl Louw-Vaudran of the Institute for Security Studies has suggested that term-limit manipulation may be the greatest danger to democratic political systems. Term limits, she says, “are a necessary bulwark against abuse of power, especially when electoral systems are weak.”[2]

The ‘third-term debate’ is contested terrain

Some would argue that rather than a subversion of democracy, allowing incumbents to continue in office is actually a profound expression of democracy. Electorates themselves wish to retain respected leaders, who would anyway still be put through elective processes. Presidents Kagame and Museveni have each voiced a variant of this argument. Cissé Bacongo, a former minster in Côte d’Ivoire, argues that barring an individual from standing might unduly restrict democratic choices and undermine countries’ prospects for prosperity and stability.

In any event, no universally accepted democratic principle exists in terms of which countries should replace their leaders after a given period in office. Many leading democracies lack term limits. Germany’s Chancellor Angela Merkel, for example, has led her party into government in four successive elections, has held office for 12 years and retains many admirers around the world.

Thomas Stubbs, researcher at the University of Cambridge, concurs, in part. He argues that, in the case of Rwanda at least, the imperatives of stability and development override concerns about such procedural matters as incumbency. Kagame can point to sustained economic growth of around 7% per annum, successful action on corruption and a substantial fall in poverty and a rise in living standards. Stubbs writes, “His supporters have embraced his third term to ensure he is able to finish some important projects, recognising that such a capable leader is a once-in-a-lifetime opportunity. They see Rwanda as following the lead of successful late-industrialisers like Singapore, where significant socio-economic progress was achieved under the long-term leadership of Lee Kuan Yew.”[3] So, the citizenry should not be denied the right to choose leaders of their choice, especially when these leaders have been popular and successful.

These arguments have some validity. Indeed, they complicate articulating objections to the practice. Steven Gruzd, Head of Governance and the African Peer Review Mechanism Programme at the South African Institute of International Affairs, comments, “Term elongation – by fair means or foul – does not seem to count as an unconstitutional change of power, which African states have increasingly shunned. Indeed, it is using legal means to alter those very constitutions to prolong ‘big man’ rule.”[4]

‘Big man’ rulers are dominant personalities that have been a feature of African governance since the independence era, whether in the sense of being a ‘father’ of the nation – such as Julius Nyerere in Tanzania or Kenneth Kaunda in Zambia – or the later incumbents who were reluctant to leave office – such as Paul Biya in Cameroon or José Eduardo dos Santos in Angola. Too often, such leadership has been associated with economic decline and governance pathologies, such as corruption and institutional ossification. The legitimation-by-progress that someone like Kagame might invoke is a rare exception.

Where state authority bears the imprint of long-term personalised rule, political and economic systems are liable to be structured to serve leaders’ personal and political needs, as well as those of the networks surrounding them. The accountability that elections and constitutional checks provide is undermined, and economic opportunities are available primarily to insiders, and as these networks solidify, the prospects for electoral defeat recede.

Term extensions thus raise well-founded concerns about the impact they will have on practical, day-to-day governance. When incumbent rulers attempt to prolong their time in office against the background of political and social tensions, the results can be dire. In Burundi in 2015, the intention of President Pierre Nkurunziza to contest elections for a third term, on the basis of a highly controversial interpretation of the relevant constitutional provisions, sparked protests, an attempted coup d’état and a violent retaliatory crackdown.

‘Third termism’ not only rejuvenates the substance of personal rule but does so with a veneer of democratic legitimacy. In so doing, much of the fundamentals of democracy are gutted. Popular sovereignty remains tethered to a small number of identifiable personalities and constricts the democratic imagination. Father Peter Henriot, SJ, a former director of the Lusaka-based Jesuit Centre for Theological Reflection – a body intimately involved in the campaign that halted the bid by Zambian President Frederick Chiluba for third term in 2001 – observes, “A spirit can grow that the country really does not have many competent leaders, we must hang on to the one we have.”[5]

Most seriously, ‘third termism’ debases constitutionalism. The solemn compacts that constitutions should represent become, instead, mere tools of expediency to be altered or avoided as circumstances dictate. This process creates a politics in which country’s stability depends on individuals rather than institutions. The upshot is hollow constitutionalism. Nothing threatens the integrity of a system so much as its abuse by those charged with upholding that system. Scholars, such as Fareed Zakaria and Thomas Carothers, have described the resulting political form as “illiberal democracy” or “competitive authoritarianism.”

Africa’s democrats respond as best they can

Term limits – taken within the African political context – make sense. Opinion polls show that Africa’s people, by and large, support such limits. But few easy options exist to defend these limits when they are under threat or to introduce them where term limits are not part of the prevailing governance system.

Suggestions have been made that regional and continental bodies should recognise this issue as one with profound implications for development and stability, too important to be left to individual countries with weak state structures and immature democratic political cultures. The African Charter on Democracy, Elections and Governance, which came into force in 2012, has some relevance to the issue in prohibiting “amendment or revision of the constitution or legal instruments, which is an infringement on the principles of democratic change of government.” But Africa’s transnational institutions have shown little appetite for intervention in this issue. In 2015, one attempt to do so by the Economic Community of West African States came to naught, reportedly owing to objections from Togo and The Gambia. At present, relying on Africa’s regional and continental bodies to address term-limit extensions is not a promising avenue.

Civil society mobilisation is a better strategy. Building coalitions with politicians of all stripes, civil society organisations and businesses can produce enough momentum to stop amendment processes. Just such a campaign, drawing heavily on the support of the country’s churches, was the driving force that stopped the third-term bid in Zambia. But this direct, confrontational public activism approach is only likely to be effective when a substantial degree of political openness exists. Citizens must be able to organise and demonstrate. Governments must be in a position in which they can be made to feel vulnerable, perhaps fearing the loss of an election or forfeiting their reputations as democracies.

Certainly, African civil society must campaign for term limits, and Africa’s reformist leaders must work towards a continental consensus on them. However, in an important sense, the ‘third-term debate’ will never really be resolved until democracy and constitutionalism find their roots. Long-term incumbency is part of broader phenomena: weaknesses in Africa’s political culture and the fragility of its governance institutions. Africa needs strong, functional institutions, rooted in ethical, accountable politics and deference for constitutions. Addressing these will be a far larger and more-complex project than pushing for term limits and, only when they have been fortified, will the question of term limits lose its relevance.