African countries have a long road to travel to advance to the level of technological capacity common in the developed world. However, some African countries are making strides to boost their communications infrastructure, establish ‘technology parks’ and increase spending on research and development. Most of this government-sponsored activity is done in conjunction with efforts to diversify economies away from dependency on commodities and towards more industrialisation. Once the groundwork has been established and the private sector accepts that a country is serious about becoming more technologically savvy, then private investment can enter to further boosts technology advancement.

The Africa Country Benchmark Report (ACBR) for 2017 amalgamates business and economic indexes to create an inclusive and holistic view of each African country’s performance. Within these sectors, performance in individual fields is also gauged. For achievement in technology, ACBR assessed performances on indexes such as the World Bank’s Ease of Doing Business, the WEF’s Global Competitiveness Report, Cornell University’s Global Innovation Index, the WWWF’s Web Index and others.

Here are Africa’s Top 10 technological advanced countries, according to ACBR: 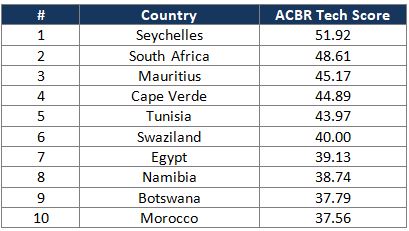 Technological advancement in Africa favours small, relatively affluent countries, where political stability has been achieved, and larger countries that have a long history of industrialisation and established foreign markets for their industrial exports.

Cape Verde, Mauritius and Seychelles have established thriving economies on their islands, safeguarded from mainland warfare, refugees, terrorists and insurgencies by oceans. Under democratic governments, policies have been established to promote the information and communications technology sector, giving tax breaks and other incentives to foreign investors. Although small in population, Botswana, Namibia and Swaziland enjoy the peace of the Southern Africa region and have established industrial parks and other incentives to increase their countries’ technological capacities.

Egypt, Morocco, South Africa and Tunisia have been exporting industrial goods to the Americas, Asia, Europe and the Middle East for decades and have succeeded in staying competitive by embracing technological advances. Their relatively affluent populations have spawned sophisticated consumers who demand the best of the latest gadgets, much of which is assembled locally. Such manufacturing requires skills training and an expanded, technologically empowered workforce.

Morocco and South Africa excel in auto manufacturing, which is particularly demanding in terms of technology. Egypt and Tunisia’s widespread communications technologies were put to use during the Arab Spring revolutions that toppled dictators using social media. Sub-Saharan Africa’s dictators have sought to suppress social media ever since but are unable to stem the tide of the continent’s rising technological capabilities. 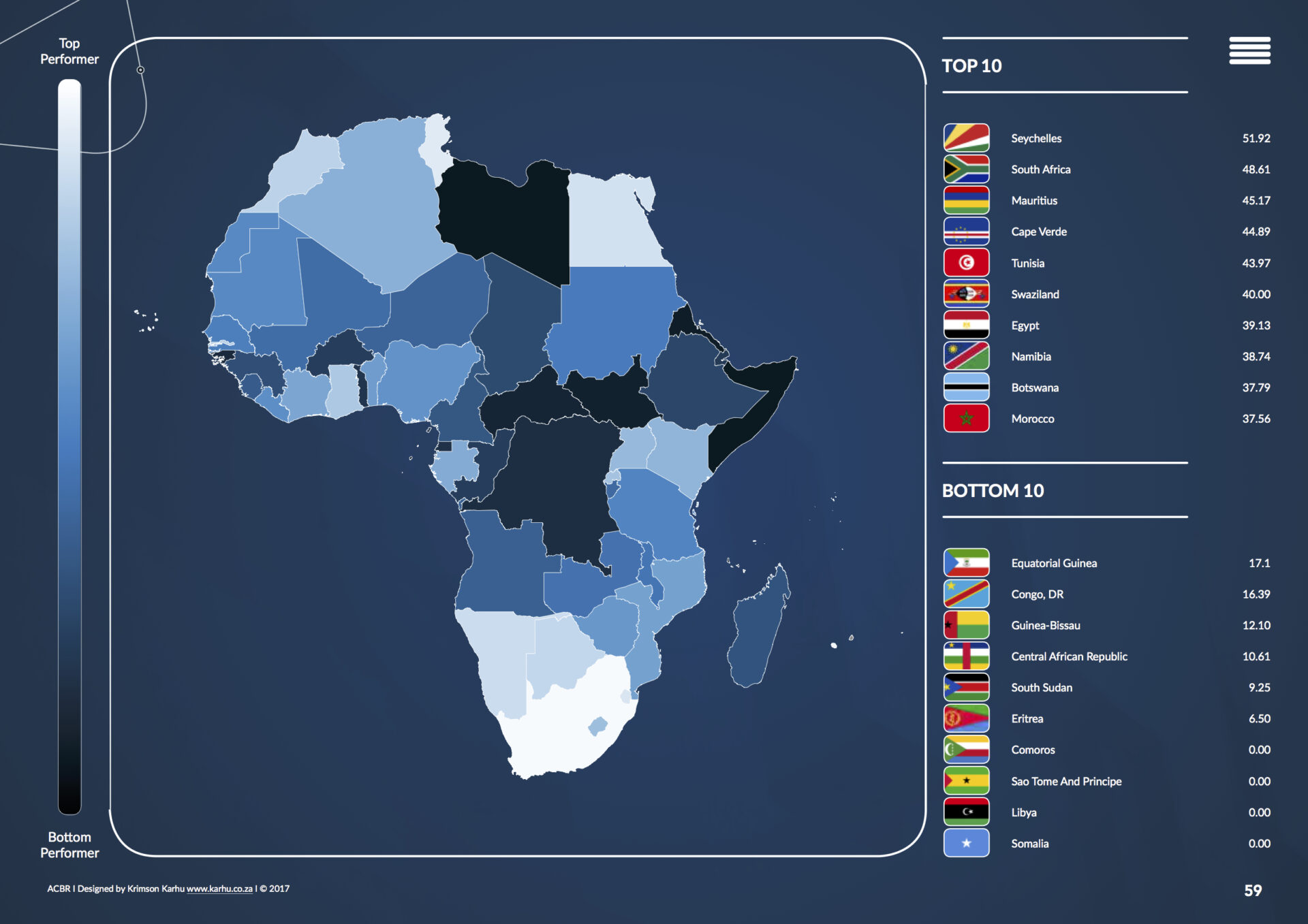 The Africa Country Benchmark Report (ACBR) assesses the performance of all 54 African countries in an 800-page, infographic-driven report. This report is a key resource for any business, government, organisation or institution that will find value in country-specific and comparative assessments of African countries. Find out more at: https://www.inonafrica.com/africa-country-benchmark-report-acbr